Today we departed St. Ignace after another spectacular sunrise (though less than spectacular complimentary breakfast) and headed for the Soo Locks, something Dad has always wanted to really see up close and personal.

Two problems - the boat tours only go a couple of times a day and it was really chilly to wait another three hours, and also, no big boats were due through the locks for another four hours or so. 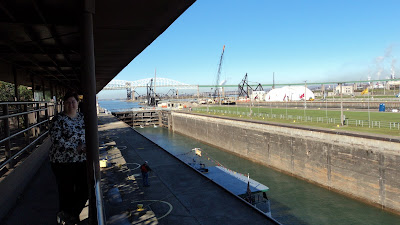 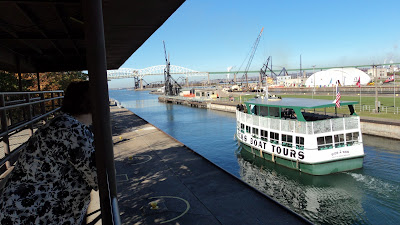 So, we cut our losses and went to Tahquamenon Falls instead, which we did last year as well. We went to the Lower Falls first... 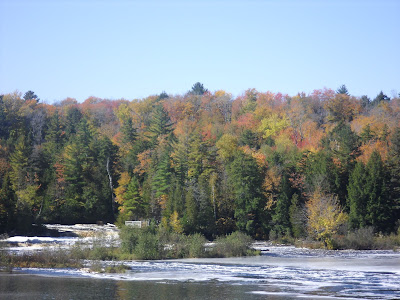 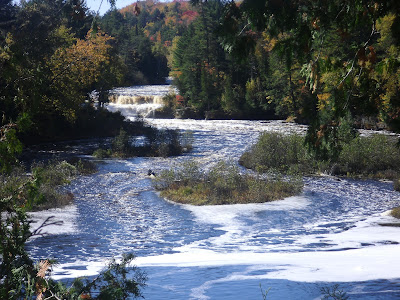 And then the Upper Falls, though Zoe and I only did one set of death-defying steps to a viewing platform...Dad did both! 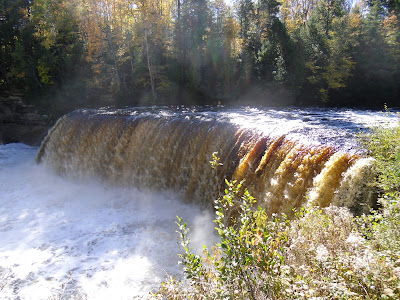 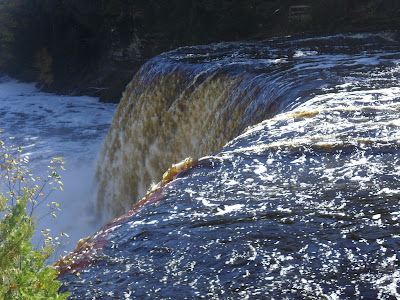 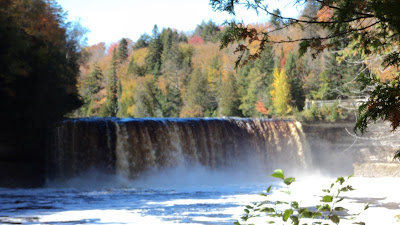 After our day at the falls, we headed towards Munising, with a slight detour to somewhere I've waited a year to see...as, apparently, has Zoe...


And shortly thereafter, a little Zoe collapsing in exhaustion right there on Miner's Beach (which we pretty much had to ourselves again)...poor tuckered girl (she's the speck on the right)! 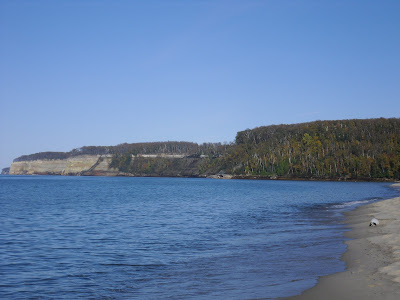 Now we're set up in the Holiday Inn Express and expecting to have a great weather today tomorrow, filled with boat rides and pretty scenes and pasties, oh my! G'night!
Scribbled by Marissa
Email ThisBlogThis!Share to TwitterShare to FacebookShare to Pinterest